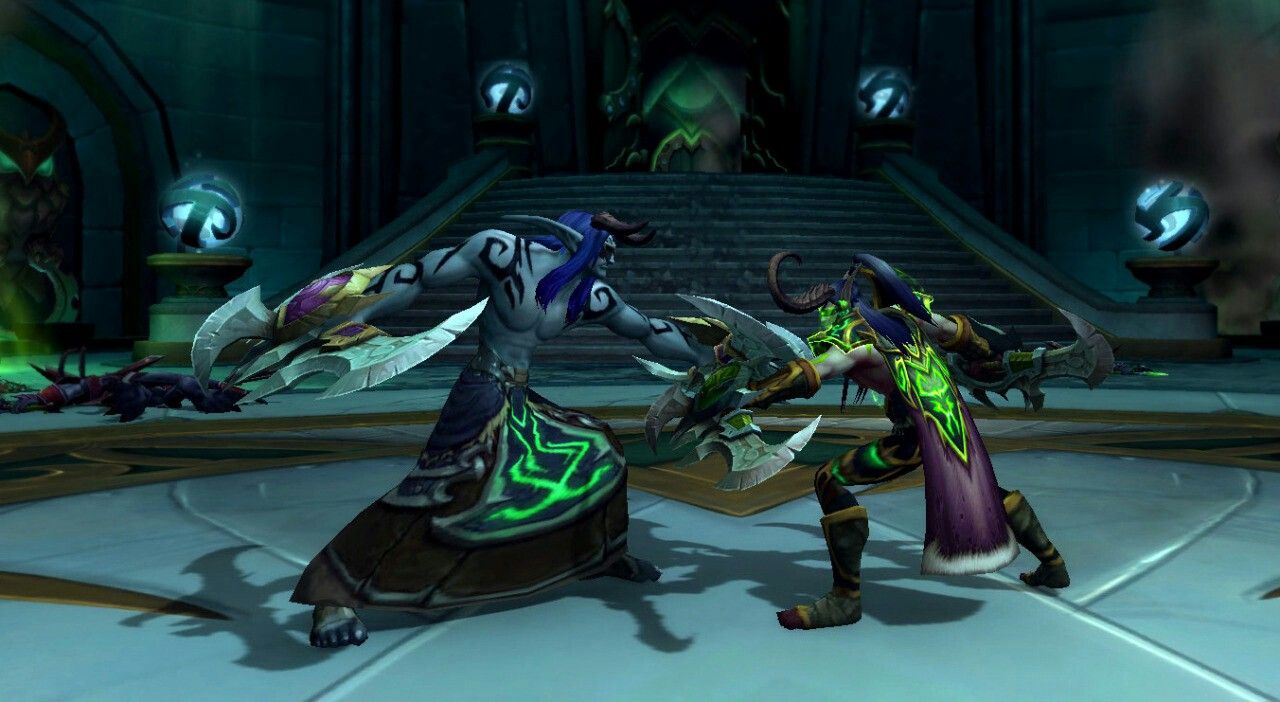 World of Warcraft is one of the most popular MMORPG games of all time. Gamers worldwide love the game due to its enormous and varied world. It is a joy to explore and the many different ways to play the game. It is fun to play for gamers new to the MMOPRG genre and those who are hardcore fans of MMORPG. Some major highlights of World Of Warcraft are its in-depth lore, the immersive gameplay, the powers and the fighting system. All of this has pulled players right from the beginning. Other fascinating upsides of World Of Warcraft include:

Like every MMORPG, World Of Warcraft lets you make certain choices that affect the narrative. One such choice is to be made towards the end of the demon hunter questline. The choice is about picking your second in command. Kayn vs Altruis. The Blood Elf Demon Hunter vs The Night Elf Quest Giver. This article is to solve your perplexion. We will discuss the ramifications of choosing one over the other, its impact on Illidari’s fate, their ideologies and much more. Who to pick as your second in command – Kayn vs Altruis?

Kayn Sunfury is a beloved character among the World Of Warcraft community due to his amazing character design and his willingness to go to any lengths to achieve the desired result. He is willing to use any means necessary to ensure Illidians’ success and is unbothered by the number of enemies he has to slaughter for the purpose.

As far as the plot goes, you will be killing Akama and taking his soul once more. The player base is quite divided on this. Half think that Kayn’s actions are justified as Akama deserved this fate because he betrayed us in the Black Temple. The other half believes that Kayn is evil for this and fears that choosing Kayn as the second in command will lead to reckless decisions. These decisions could have a negative impact on the fate of Illidari.

Kayn is focused on exacting vengeance and does not stop to ponder the reasons behind the attack on Illidari. This is one of the reasons why the player base loves Kayn. They are of the belief that a demon hunter is not supposed to be too reserved. However, the biggest advantage of choosing Kayn is his loyalty to Illidari. People believe that choosing Altruis will be akin to choosing a traitor to lead the people he betrayed.

Altruis is considered more mature and wiser in comparison to the reckless and overhasty Kayn. People believe that Altruis is more worried about Illidari’s fate and only did what he thought needed to be done. Unlike Kayn, Altruis cares about how he achieves the results and isn’t reckless about his decisions. Fans of Altruis believe Kayn was deluded and misguided.

As far as the story goes, choosing Altruis the Sufferer as your second in command means you will be convincing Akama to join your side instead of killing him. While some players believe that Akama deserved to be slain for his betrayal in the Black Temple, others debate that Akama can be used in the larger picture. Players who choose Altruis over Kayn believe he is nicer and more level-headed than Altruis.

However, electing Altruis as your second-in-command can create a rift between the Illidari in the grand scheme of things, as choosing Altruis means having a traitor as the second in command who left them when he was needed the most. Altruis had betrayed Illidan to carve out his path in Outland. And hence, some players believe that only Kayn can exact the proper revenge and uniting Illidari as a cohesive unit.

Most players have a misconception about Altruis and consider him a traitor as they are unaware that Altruis is merely attempting to change the Illidari’s methods for the greater good. Altruis is striving to end the cycle of hatred and violence, but he has been misunderstood and labelled as a traitor.

Kayn vs Altruis – Who To Choose?

At the end of the day, the decision of choosing Kayn vs Altruis boils down to whose ideologies you agree with the most. Would you rather have a ruthless, goal-oriented second in command in the form of Kayn, who is willing to go to any lengths necessary to ensure Illidari’s success, or would you elect someone who is calm and a bit more mature in the form of Altruis? While choosing Altruis may lead to a schism between the Illidari, choosing Kayn may lead to some reckless decisions in the long run that lead to the downfall of the Illidari. Both choices have their own ups and downs.

You can obtain Kayn Sunfury through card packs, crafting or as an Arena award in Ashes of Outland. You can get regular Altruis The Outcast after unlocking the Demon Hunter class. If you’re only concerned about the DPS, then you don’t have to worry about choosing between Kayn vs Altruis, as the choice affects only the storyline and has no effect on your character’s stats.